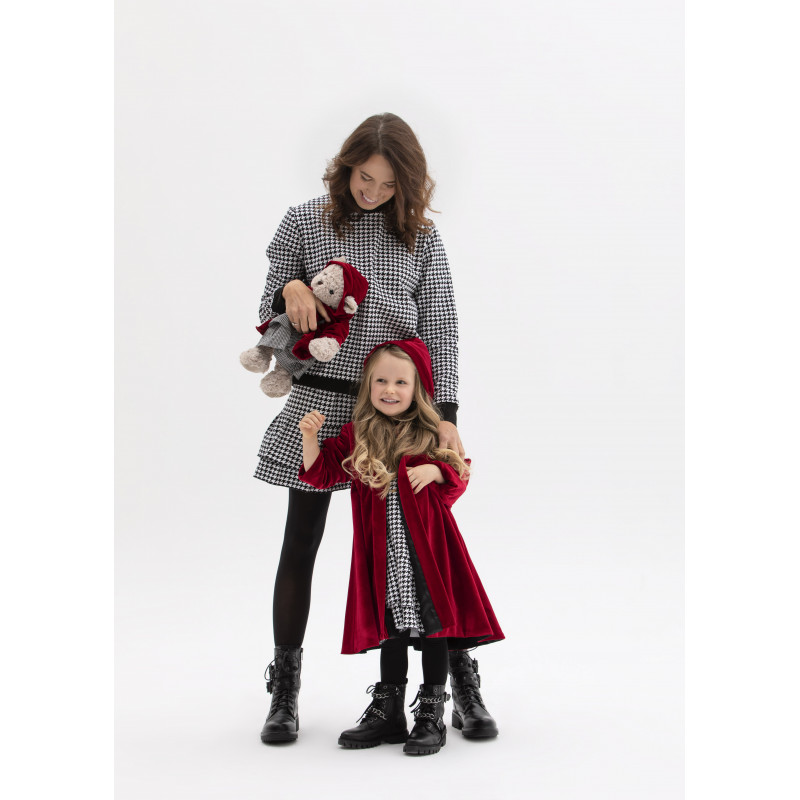 GOGA Set: A mother and a daughter

Set for a mother and her daughter: a casual dress in a loose cut for a girl, coupled with a red cape and a set for mom: a sweatshirt and a skirt made of the same fabric.
The ensemble can be a great gift for every mother and girl.
Magda the bear, whose outfit is inspired by the girl's outfit, is not included in the set. The teddy bear was created as part of the Podaruj Misia campaign of the TVN Foundation and is available in ROSSMANN and on Allegro.
A very limited series - the clothes were made only in 40 copies. The set is an announcement of a new children's line "GOGA", created by Gosia Baczyńska with the support of her nephew Jaś.